In MotoGP, motorcycle racing’s highest form of competition, the Ducati Corse team is on a mission for success. Victory at that level requires unstinting passion and determination. It’s a quest for a holy grail of motor sporting performance: the perfect combination of man and machine. Many motor racing insiders will tell you it’s harder to achieve that goal in MotoGP than in any other type of motor racing. :)

“In my opinion, the motorcycle rider has a more important role than a driver of a race car,” says Paolo Ciabatti, Sporting Director of Ducati Corse. “The bravery, the talent, the willingness to take risks. If you crash on a bike, the chance of being injured is much higher than crashing in today's car racing.

Creating the ideal situation for a champion rider to excel, says Ciabatti, is not only about helping him or her reach peak mental and physical condition at the moment when the red lights go out to start a race. “You also have to make sure the people around them are happy, too,” he says. “When you get to race weekend, the pressure is very high. Now, Ducati is expected to challenge for the podium in every race. So you need to be a bit of a psychologist, to see when the tension is too high, especially between people.”

Rethinking relationships between team members can be as crucial as making refinements to the bike when it comes to improving results. “A couple of seasons ago, we saw that Andrea Dovizioso was something of an introvert,” Ciabatti says, of Ducati’s leading rider, “so we changed his crew chief. Not because that guy was not good enough technically – he is highly skilled and still works for us – but because he was also an introvert.

“We thought by putting in someone with a more open personality, just smiling more and making jokes and so on, it would help to relieve the tension. It worked perfectly. Now, the garage is a joyful place, even when things are not 100 per cent, and they do an incredibly difficult job with a smile on their faces.”

Since the change, Dovizioso has twice finished second overall in the rider’s standings, in 2017 and 2018, and won 10 races. “Any reservations in a rider’s mind will not allow him to ride to his full potential. This you can clearly see in the body language, and the way that he builds a strategy for a race. A rider who thinks he can really win is more capable of achieving results that are unexpected, even when the bike does not perform to 100 per cent of expectations.

When it comes to the other half of the man-machine equation, Ducati Corse’s engineers are second-to-none in their pursuit of excellence. In MotoGP, like all top-level sport, teams have to deal with a thick rulebook and the watching eyes of the world. Gaining an edge over competitors means constantly trying new ideas and thinking differently.

Ducati Corse and its Ducati parent company are noted for their ability to find new routes to success. In 2015, the racing team introduced small fins, called winglets, to improve the aerodynamic performance of their bikes. Rival teams discounted this thinking to begin with, but since then have adopted the technology.

One unique element that no one has copied, of every Ducati motorcycle going back 50 years, from grand prix models to production bikes, is the system of desmodromic valves in its engine. The desmodromic valve is the engine poppet valve that is closed by a cam and lever system, rather than by a conventional spring. All other manufacturers use sprung valves, yet Ducati bikes do not suffer in comparison in terms of performance, not least on the track, where Ducati bikes are often the fastest.

“We never stop trying to find new solutions, to innovate on our way to success,” says Ciabatti. “If we keep things the same as other teams, our chances of success are very small. Our competitors are bigger, more powerful financially, and we can't compete on those levels. We always need a fresh approach, to be able to have good ideas and explore areas that the other constructors do not. Our success will only come from unconventional thinking.”

Danilo Petrucci: he never gave up on his Ducati riding dream

For Danilo Petrucci, becoming a Mission Winnow Ducati rider has been a life-long process. Now, he’s a MotoGP racer relying on the experience that got him here.

Ducati and their passion for the unique

Think outside the box 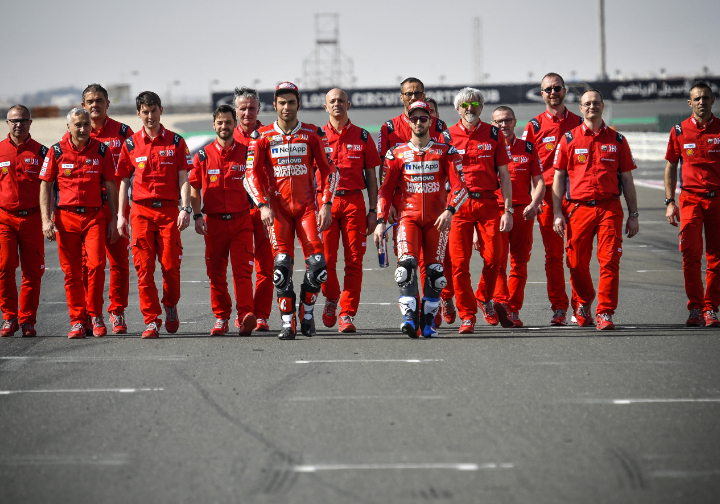 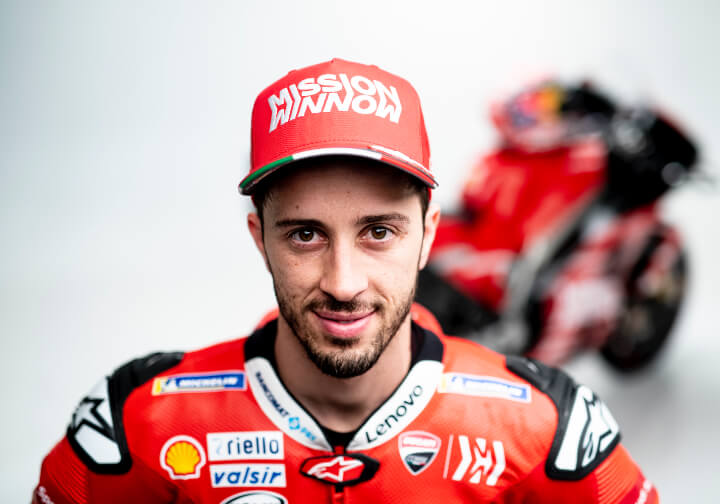 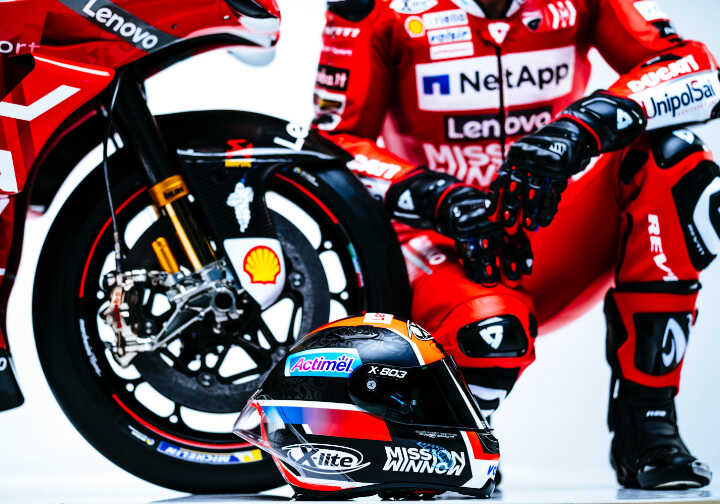